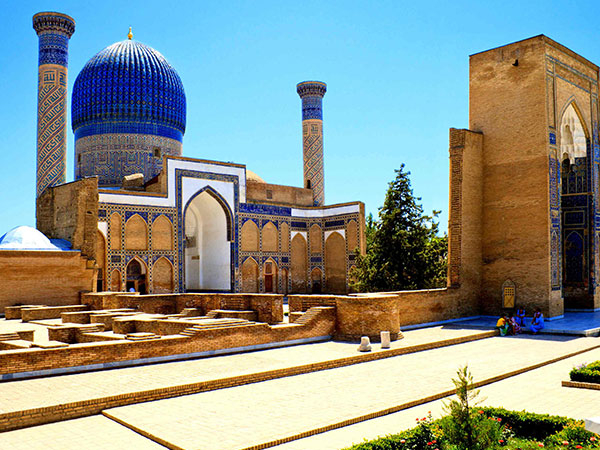 The Head of the Department: Telitsin Nikolay N.

The study of Turkic philology in Saint-Petersburg University can be traced back to 1822. Initially, it took the form of a Turkish (Ottoman) language course intermittently read at the Section of Oriental philology by O.I. Senkovsky, a prominent orientalist, journalist, and author. In 1835, the Department of Turkic Language was established, and Turkish was recognized as an official field of study. A.O. Mukhlinsky, who headed the department from 1839 until 1866, is credited with helping Turkic studies mature into an independent discipline. In 1855, following the inauguration of the Faculty of Oriental Languages, the newly formed Department of the Turkish-Tatar Language began offering courses in other Turkic languages and literatures, too.

Over the years, the name of the Department changed several times:

The Department of Turkic Philology of FAAS is a recognized centre of Turkic studies and training in Russia, CIS, and Europe. Over the course of study, undergraduates acquire thorough theoretical knowledge and practical skills in Turkish, Ottoman, ancient Turkic languages, the history of Turkish and Central Asian Turkic literatures, and history of Turkey.

Since the time of V. D. Smirnov, the founder of Russian Ottoman studies, the Department has maintained unique traditions of teaching Ottoman Arabographic texts using textbooks prepared by faculty. Senior undergraduates and post-graduate students are now taught a number of additional Turkic languages (in particular, modern Uzbek and Azerbaijani), Arabic and Persian.

The Department successfully fosters international partnerships. It regularly engages native speakers of Turkish, citizens of Turkey who graduated from various universities in their country. For instance, husband and wife Özlem and Fehmi Yilmaz, members of academic staff from Marmara University, Istanbul, worked at the Department between 1997 and 2004 as, respectively, Associate Professor and Assistant Professor. Engaging native speakers enhances the language skills of not only undergraduate and postgraduate students, but also faculty of the Department of Turkic philology and other FAAS Departments.

At present, the Department maintains and develops close research and creative ties with Marmara University (Marmara Üniversitesi) as well as other educational and research institutions of Istanbul. It hosts visiting scholars and students from Russian and foreign universities and research institutions; in 2006-2008, three Master’s students from Turkey studied here. Students of the Department of Turkic Philology go on annual summer study trips to Turkey, including training at the Center for Turkish Language within Ankara University (TÖMER).

The most talented and successful students participate in the work of the FAAS Student Society, giving talks at its sessions as well as department meetings. On recommendation of the Department, the authors of the best talks give speeches at annual conferences of young scholars of the Faculty and travel to conferences at affiliated universities. The most accomplished student works are published in FAAS collections of research papers.

The Department’s secretary is A. V. Zheveleva, graduate of the Department of History of the Countries of Middle East.

Current Research Activity at the Department of Turkic Philology

In 2006, the faculty of the Department, jointly with the Division of Asian and African Literatures of the Library within the Russian Academy of Sciences, organized the Russia and the Turkic World section of the international scientific conference titled “Oriental and African Studies at the Universities of St. Petersburg, Russia, and Europe: Current Challenges and Future Prospects”. The conference was held as part of scientific events commemorating the 150-year anniversary of the FAAS and the 290-year anniversary of the RAS Library.

Read 12573 times
Published in Departments
More in this category: « Department of Theory of Social Development of Asian and African Countries Department of Philology of South-East Asia »
back to top