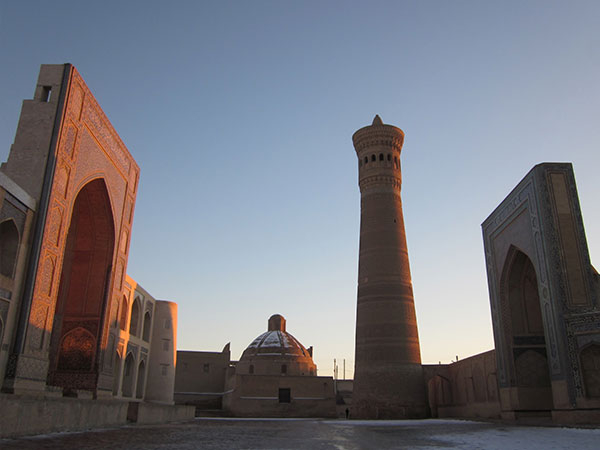 The Head of the Department: Dzhandosova Zarine A.

The history of Turkestan and Central Asia became subject of study in St. Petersburg in the first third of the nineteenth century. It became possible owing to the vast collections of Oriental manuscripts and coins at the Faculty of Oriental Languages of St. Petersburg Imperial University and at the Asian Museum of the Academy of Sciences. Among the pioneers of the study of Central Asia were such distinguished orientalists as Christian Martin Frähn (1782-1851), P. Savelyev (1814-1859), B. Dorn (1805-1881), V. V. Grigoryev (1816-1881), and V. Velyaminov-Zernov (1830-1904).

The second half of the nineteenth century saw a sharp rise of interest in Central Asia and Turkestan owing to the Russian colonial expansion and the incorporation of the region into the Empire. This area of Russian Oriental studies flourished under Academician V.V. Bartold (1869-1930), whose numerous works spanning almost all of the areas of Central Asian studies shaped the Petersburg school of Turkestan studies and remain evidence of its inextricable connection with Iranology and Turkology.

Caucasus studies at the Oriental Faculty began a rapid development in the middle of the nineteenth century, primarily due to the joint efforts of the distinguished orientalist M.Dzh. Topchubashev and Mirza Kazembek, the dean of the Faculty in 1855-1861 and corresponding member of the Russian Academy of Sciences. At the turn of the century, it was represented by philology programmes. Azerbaijani, Georgian, and Armenian Divisions were opened. The most prominent of Caucasus studies scholars at the time was Academician N. Ya. Marr (1864-1934). Later, a significant contribution to the field was made by Academician I. A. Orbeli (1887-1961), who became head of the Department of the History of the Near East in 1955.

The study of Central Asia and the Caucasus at Petersburg (Leningrad) University was subsequently virtually abandoned. The main programmes and courses started to be taught in the universities of the Central Asian and South Caucasus republics. In the last decades preceding the collapse of the USSR, Petersburg-Leningrad school of Central Asian studies (which often achieved outstanding results) focused on archaeology (V. Masson, A. Mandelstam, B. Marshak, Evgeny and Tamara Zeymal), ethnography (N. Kislyakov, A. Rosenfeld, V. Kurylev), and linguistics (V. Livshits, I. Steblin-Kamensky), while the study of medieval, modern, and contemporary history was considered the exclusive province of the national republics.

The Department, thus, favours the regional approach rather than singling out local ‘histories’. Following this approach, which can be traced back to Academician Bartold’s ideas concerning the fundamental training in Oriental studies for specialists in Central Asian history, students of the Department of Central Asia, first and foremost, study the classical languages of Muslim Orient, i.e. Persian, Turkish, and Arabic (at least two of the languages, in various combinations) and gain a comprehensive knowledge of the region’s history. Under the guidance of the faculty, students study the key written sources on the history of Central Asia, the Caucasus, and Iran, and learn to read and interpret medieval Oriental texts. In addition to core courses in history, students are offered various special courses and seminars. In response to the student’s keen interest to contemporary history and current situation in Central Asia and the Caucasus, new special courses and Asian languages – Tajik, Uzbek, and Kazakh – are being introduced.

To study the Caucasus from the position of traditional Russian Oriental studies is to remember that, despite the ethnic and religious fragmentation, the Caucasus has been, and remains, a single region that for almost 1500 years has been the place of co-existence and active interaction of two civilizational areas born out of its location at the intersection of Asia and Europe.

Starting with the early Middle Ages, texts written in Arabic, Persian, and Turkish increasingly become the main sources for the study of the history and culture of the Caucasus. For the northern part of the region and Azerbaijan, these texts, apart from Russian-language materials (starting from the seventeenth-eighteenth centuries), are definitive sources, while for Armenia and Georgia they are at least as important as the sources in the languages of these two countries.