Beauty in transience, or values in Japanese society, Nagoya University

St Petersburg University has held lectures on the history and culture of Japan. 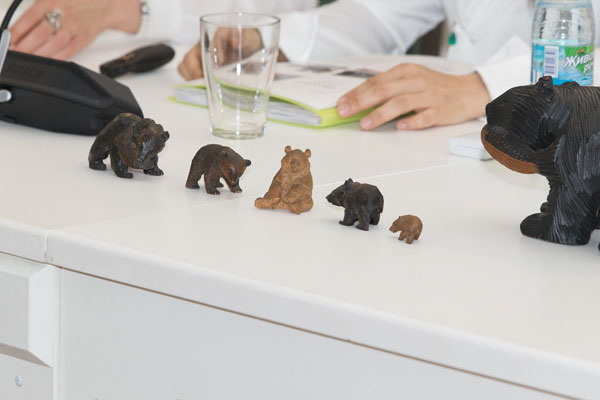 Professor Igor Saveliev told us through how the Japanese national consciousness has been transformed over the years. He graduated SPbU and now is an expert in the history of migrations in East Asia in the late 19th-early 20th centuries, serves as Head of the Department of International Communication in Nagoya University, and seeks to develop external collaborations between Russia and Japan.

“For a long time, there was a taboo in Japan to interact with the foreigners as Japan, due to its geographical position, experienced a long period of isolation from the outside word. From the mid-18th century, the Tokugawa shogunate had been pursuing the foreign policy of isolationism that shaped the Japanese mentality and view of the world. For example, the first Japanese people who were stranded in Russia after a shipwreck and then returned to Japan were sternly warned to avoid communication with people”, — said Igor Saveliev in his lecture.

In 1860s, the Meiji Restoration opened Japan to the West and brought about a rapid industrialization of the country. Yet the motto ‘Western Achievements – Soul of Japan’ was firmly fixed in the mind of the Japanese people and they desperately sought to retain their unique culture. In 1960–70s, there was Japan's economic miracle that made Japan the world's second largest economy. It also gave rise to a theory of uniqueness of the nation that was in the limelight of scientists and scholars.

Takeo Doi, who was a psychoanalyst and lived for a long time in the USA, compared the American and Japanese bahaviour. The resulting essay, The Anatomy of Dependence, is one of the most penetrating analyses of the Japanese mind. Another best-seller on the Japanese psyche is Gregory Clark’s The Japanese Tribe: Origins of a Nation's Uniqueness published in 1977.

“The ‘ours – not ours’ dichotomy is vital for understanding the Japanese psyche. It may seem typical for most nations, yet in Japan it is more rigid. Family, friends, and colleagues are very high priority with Japanese and their relationships are based on emotional attachment and care, — said the lecturer. — Yet they are distant towards the others and highly polite and noted for their austerity. Time is crucial factor to become ‘ours’ – before you make a friend eat a bushel of salt with him”.

What defines the Japanese character is wabi-sabi mindset that is an ability to see the beauty in transience. “The Japanese tendency toward detail-orientation underpins its industry. Automotive industry and electronics industry are the most technologically advanced and reliable in the world”, — said Igor Savelliev.

Children learn that the group is more important than the individual is. Long working hours and not leaving before your colleagues or boss is absolutely normal. “Group's well-being, a virtue of respect for the elders as in Confucian philosophy, and good relationships with colleagues are what underpin the Japanese society”, — said Igor Saveliev. He added that working unpaid overtime was a norm in Japan. Efforts have been made to change the culture of long working hours, yet not in all companies.

Obviously, such way of life was typical to men. Up to the late 1980s, most people lived in a traditional family system, with the mothers staying at home and husbands going to work. “There was a question in one of the entertaining programmes in Japan: what can a husband do for his wife when he is retired? Invite for a trip, help in household chores, or find another job? For elderly women, the answer is obvious. Men spent most time at work, and the third answer is therefore the most preferable for them”, — said Igor Saveliev. Yet in the last decades both men and women combine family and work roles. Ikumen, a buzzword that describes fathers who are actively involved in childrearing, is becoming more and more popular.

The 21st century has posed new challenges for the Japanese society. Among them is deflationary mentality when a high standard of life and an increasing median age cause demand to fall. “Most people get comfortable and no longer buy goods. Consequently, they are no longer striving to earn and spend money and companies are less motivated to develop new products. All these caused stagnation in Japan”, — said Igor Saveliev. The balance is shifting from goods to services. Detail-orientation has given rise to a Japanese ‘quality mark’.

Among the biggest threat to the Japanese society, as experts agree, is aging population. Over 25 % of the Japan’s population are people aged 65 and over. Young people have to pay more towards the pensions and it can pose a threat to their well-being in retirement. The decrease in the workforce poses a question: who will work? Partly, advanced technologies can save the situation: artificial Intelligence is on the verge of penetrating every major industry, which, in its turn, generates huge challenges. For example, virtual reality is attracting more and more young people globally.

Laboriousness, modesty, and work-oriented attitude will ensure the well-being of the country and its people. Presumably, it will become more internationalized in 20 years, yet remain a country with the most advanced technologies, market economy, and stable society.

Igor Saveliev, an expert in the history of migrations in East Asia in the late 19th-early 20th centuries

Another lecture that was delivered by Professor Seko Sakabe from Nagoya University focused on the evolution of relationships between Japanese and the Ainu in the context of the history of kibori kuma.

Kibori kuma is an Ainu rural craft that consists of a wooden carving of a bear with a fish in its mouth (the bear is a cult animal for the Ainu).

After the Japan's conquest of the Ainu and invasion of Hokkaido in the 19th century, legislation prohibited many cultural practices of the Ainu, including traditional hunting and fishing, and they had to be engaged in agriculture. As the growing season in Hokkaido is short, the Ainu had to sell their carvings to the Japanese people to make their living.

Seko Sakabe told about two theories of how kibori kuma had appeared. The first one is that Tokugawa Yoshichika, the 19th-century leader of the Owari branch, purchased a wooden carving of a bear while he was in Bern, Switzerland, in the early 1920s and after returning to Japan, Tokugawa presented the carving to the farmers, suggesting that they manufacture copies during the winter as a source of income. The second theory says that the first bear was carved by Matsui Mataro in 1926 who owned a workshop in Asahikawa, Hokkaido. As the legends has it, he miraculously survived a bear attack when he was hunting and to commemorate his luck he started to carve the bears. Kibori kuma became popular across the country. The Tokugawas bought them as presents for the Japanese aristocracy and then the bears appeared in the shops.

During the last decades, kibori kuma is an extremely popular souvenir from Hokkaido. Kibori kuma can be found in every household in Japan, and it costs about 350,000 yens.