SPbU has announced the results of the Russian competition for young researchers “Voices of Africa” – the winner is Galina Sim, a post-graduate student at the Institute of Linguistics, RAS. The aim of the project in memory of Evgenii Shurygin, an expert in African studies, is to support up-and-coming interdisciplinary research in the countries south of Sahara. 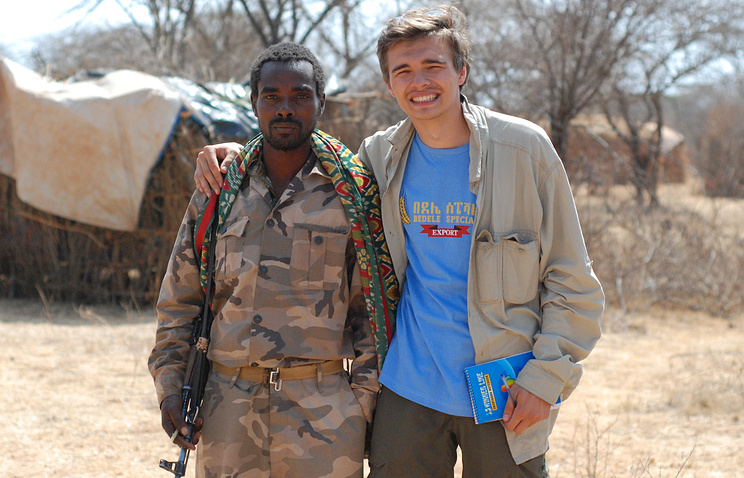 The up-an-coming specialist in African studies Galina Sim reconstructs the phonological system of the proto-language of Ekoid and makes etymological base of some of the Benue–Congo languages. The main concern of her field research is to collect linguistic data on the idioms in the endangered language Ndoe in the Ekoid group.

Today Ndoe people live in the south-east of Nigeria, and the population, as experts agree, is no more than several thousands.  The major threat for the indigenous languages of the Black continent is the European languages and pidgins, simplified means of communication that develop between two or more ethnic groups. The dialects in Nigeria are gradually displaced by English which is now the state language and pidgin in Nigeria, a lingua franca for millions of people in the country.

“My work with the empirical material will help me get insight into how the language is structured and, as the Ekoid languages are genetically related between themselves and with Bantoid languages in general, how the closely related languages are organized, — said Galina Sim. — Face-to-face communication with the native speakers will help me see their culture and everyday life”.

Galina Sim has a thoroughly prepared plan for her trip to Africa, although it is not her first trip there, and has a clear view of what the research should focus on next, said the jury which comprises the Russian leading experts in African studies. They also said that she was very knowledgeable and skillful in linguistics, region studies, and history. The results of the expedition are expected to be unique both in Russia and abroad. After the trip, the researcher, who is on a grant, is to present her report at the seminar on the African studies at SPbU.

Let us remind that the “Voices of Africa” holds competition to award scholarships to carry out field research in the Black continent. It accepts projects in the humanities: anthropology, folklore studies, sociolinguistics, history, linguistics, and others.

The project “Voices of Africa” is organized by a group of people in memory of Evgenii Shurygin, a young expert in African studies from St Petersburg and worker at the International Committee of Red Cross in Addis Ababa (1990–2016). His bachelor’s thesis focuses on the history of Islam in the Horn of Africa, his master’s thesis on clan system and age classes of the Borana Oromo people in the south of Ethiopia. He defended his post-graduate thesis “Cultural and historical dynamics of origin and development of the ethnic group Borana (Ethiopia)”.  He was a lecturer, scientific supervisor, co-organizer of the seminar on the African studies.

Since 2009 Evgenii had regular ethnographic expeditions to Ethiopia, initially as a student and then as a leader of the group of students in Ethiopian studies. He knew Amharic and Ge'ez, studied Oromo language, and since 2015 worked as a translator and interpreter in the International Committee of Red Cross in Addis Abbaba. At the same time he continued his research on Oromo Borano. In September 2016, Evgenii died, just a day before his expedition to Ethiopia.