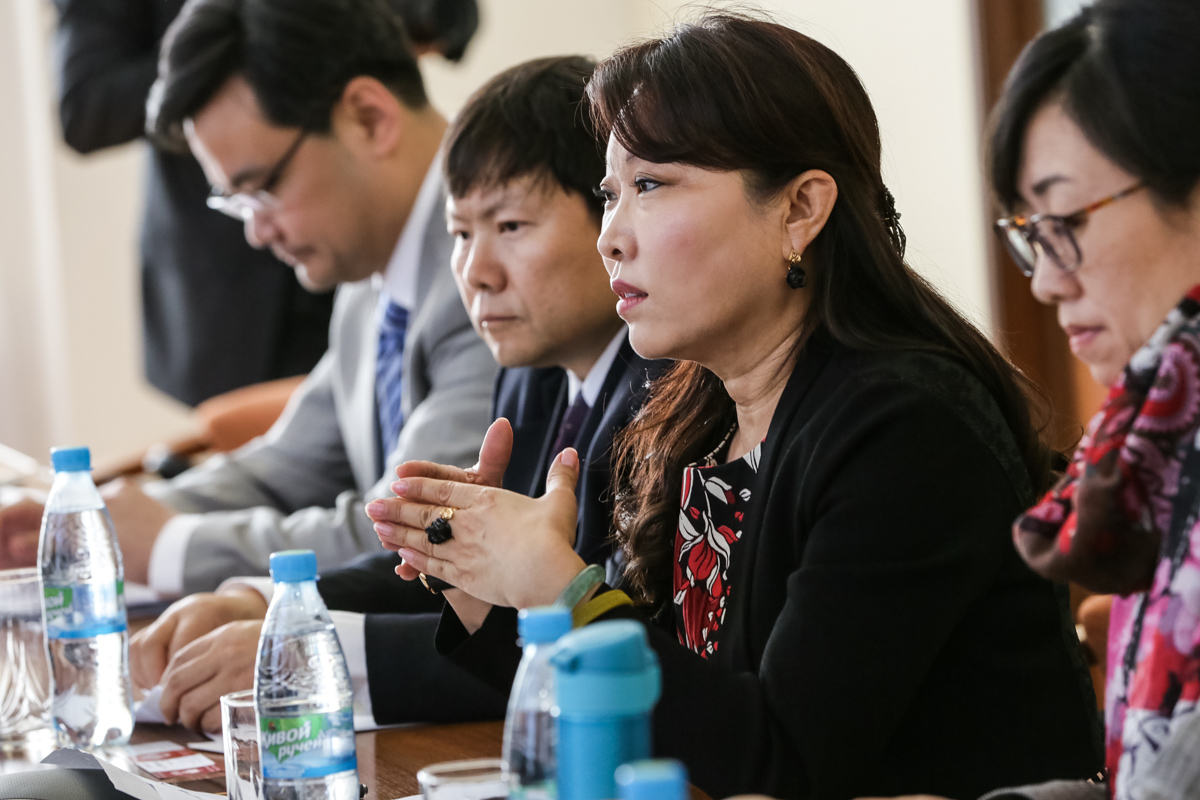 In 2015, SPbU and People’s University of China opened a Centre for Russia Studies in Beijing. April 20, the Centre’s delegation visited SPbU to discuss the possibilities to develop joint programmes, research, seminars and academic exchange.

“China shows a deep interest to Russia and Russia has a mutual interest in it, — said SPbU’s Deputy Rector for International Affairs Sergei Andrushin. — SPbU is striving to satisfy this increasing demand by opening new under-graduate and graduate programmes, encouraging research in the field and increasing the number of publications with the Chinese peers”.

In 2017, the University has opened a number of educational programmes with an emphasis on China and Chinese language. “We are planning to implement a number of the programmes together with the People’s University of China as our students are interested in getting a degree from this university which is one of the China’s leading universities”, — said Sergei Andrushin.

One of them is an under-graduate programme “Economics (with a focus on Chinese economy and language)”. Even at the first year, students are offered to study Chinese, economic disciplines, and disciplines on China’s economics. “The programme offers a comprehensive guide to China’s markets, banking system, and tax system. We are aiming to educate and prepare highly-qualified specialists who have excellent knowledge of Chinese and will be able to work on China’s market with our Chinese partners”, — said SPbU’s Associate Prof Ludmila Popova, Department of World Economics. The programme involves a range of topics in oriental studies and law. Still, China’s e-resources for our students and professors are vital, if we want to efficiently implement the prgramme. The Director of the Centre for Russian Studies Guang Suelin said that they would discuss it in the near future.

In 2017, SPbU also opened a graduate programme “Modern China” Economics, politics, society” for those who have a proficiency level of Chinese language and gained a deep understanding of Chinese studies. The graduate students are expected to spend a semester in the People’s University of China and get a joint degree. “They will be unique students, very competitive, who will gain proficiency in both Chinese and English”, — said the Director of the Centre for Chinese Studies at SPbU Nikolai Samoilov.

Today SPbU offers a number of programmes with a focus on China, for example “Law (with a focus on Chinese language and law)”. The University opened the programme in 2016 and it was an immediate success, with an average score of the Unified State Examination of 96.5 points.

Today we are gaining more and more opportunities to employ both Chinese and Russian students with the companies in China. Our scholars and researchers are carrying out a number of mutual projects. In 2017, as many as four projects led by the outstanding Russian and Chinese researchers won a joint competition of international initiative research projects of RFBR and National Natural Science Foundation of China. Russian and Chinese scholars and researchers are planning to apply for grants together, which boosts our collaboration on a new level, said the Director of the Office for Research at SPbU Nikolai Streltsov. Moreover, we are also planning to hold Russia-China seminars, conferences, and round-tables discussions.