Nikolay Kropachev and Mr Kwon Don Seok discussed in an online format: the order of providing support to the academic programmes related to Korea; establishing a Korean Cabinet at the University; and organising an annual competition of scientific papers devoted to Lee Beom-Jin.

Nikolay Kropachev, Rector of St Petersburg University, is named the man of the year by the Korea Foundation.

The Consul General noted that the University has achieved great success in developing Korean studies within the framework of the Korea Foundation support programme. St Petersburg University joined it in 2016. The diplomat expressed gratitude to the Rector for the extended efforts and added that he looks forward to further development of this activity.

Sergey Andryushin, Deputy Rector for International Affairs, who also took part in the meeting, said that the University is planning to apply for participation in the programme for 2021–2022. It was impossible to apply earlier due to the changes in the educational process caused by the pandemic. He also mentioned that according to the rules of the Korea Foundation, an invited teacher should come to Russia for at least two years. This causes certain difficulties. An important part of education for the students of Korean studies is language immersion in the relevant country. Thus, the teacher, who has come to the University under the Korea Foundation programme, will have to wait for their return. Besides, some disciplines of the academic programmes with a Korean component such as ‘The Economy of Korea’ or ‘The Law of Korea’ are taught in modules. In this case, it would be more convenient to invite a teacher with an academic degree for a certain time period to read a course of lectures. Such a teacher could also teach the Korean language for general and special purposes at various academic programmes.

Nikolay Kropachev turned to the Consul General of the Republic of Korea with a proposal to invite teachers to give lectures to the students of philology for one year and to the students of economics, law and management for three months. Mr Kwon Don Seok replied that he will support the request of the Rector. Then, he said that the Korea Foundation allocated funds to establish a Korean Cabinet at St Petersburg University. The design of the premises was prepared in cooperation with the representatives of the Consulate General of the Republic of Korea in 2020. According to Konstantin Kuzmin, Deputy Senior Vice-Rector for the Facilities and Equipment, the renovation works will take about three months. The tender will be announced within a few days.

During the meeting, the participants also discussed the issues of organising the forum for rectors of the leading universities of Russia and the Republic of Korea to be held in May this year.

The event will be held in the online format. The main topics will include: the return of the universities back to normal operation after the pandemic; medical rehabilitation of people surviving corona virus; and problems related to distant education.

In conclusion, the Consul General turned to the issue of holding a competition of scientific papers devoted to Lee Beom-Jin, the first envoy of Korea in Russia. Mr Kwon Don Seok underscored that such events are useful for strengthening the cooperation between the two countries and thanked the Rector for the active participation. He said that keen response on the part of Russian students and teachers has shown that this topic is of great interest, so it is planned to hold the competition on an annual basis. 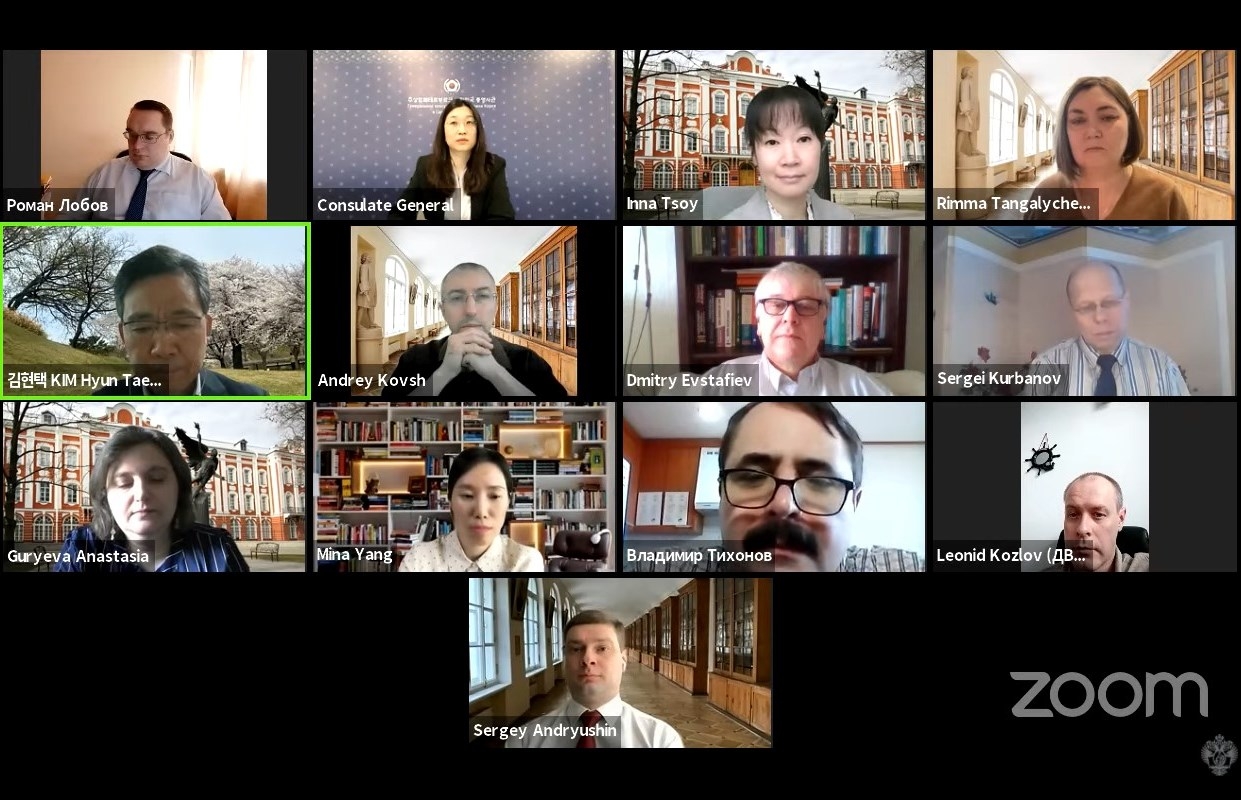