Department of History of the Ancient East Countries
Dean 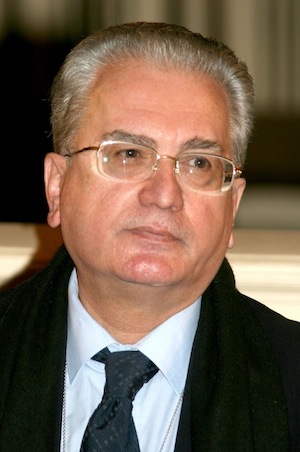 In 1967 Mikhail Piotrovsky graduated with honors from the Faculty of Oriental and African Studies of Leningrad State University, specializing in Arabic Studies. Underwent a study course at the Cairo University in 1965-1966. From 1967 to 1991 Mikhail Borisovich worked in the Leningrad branch of the Institute of Oriental Studies, where he obtained his doctorate in history. In 1991 was invited to join the Hermitage staff as the First Deputy Director. In July 1992 he was appointed Director of the Museum by a decree of the Prime Minister.

Dr. Piotrovsky has taken part in archaeological excavations in the Caucasus, Central Asia and Yemen. He is an author of more than 250 works including catalogues of Arabic manuscripts, publications of Medieval monuments and ancient inscriptions, works on Islamic political history and Arabic culture, archeology of Arabia. Among them: series of articles devoted to the Muslim mythology in The Encyclopedia of World Mythology, series of articles about the prophet Muhammad and the monographs: The Legend of the Himyarite King As'ad al-Kamil (1977), Fundamentals of Arab-Islamic Art (1984), Southern Arabia in the Early Middle Ages (1985), Yemen before Islam and in the First Centuries of the Hijra (1987), Tales of the Koran (1991), Islam: An Encyclopaedia (a co-author, 1991). The Hermitage: Essays on the History of the Collection (a co-author, 1997); Earthy Art - Heavenly Beauty. Art of Islam (an editor, 2000); On Islamic Art (2001), The Great Collections of the Great Museum. The Hermitage (2003); The Hermitage in the Great Museums of the World series (2003); The Historical Legends of the Koran (2005), The Islamic Art. Between China and Europe (2008), The View from the Hermitage (2009, 2014), The Two Holy Sites Regained. Futuh al-Haramayn (2011), My Hermitage in Russian and English (2014, 2015), For Museums There Are No Taboos (2016).

In 2011 elected to the State Duma, gave up his mandate.

In May, 2011 Mikhail Borisovich Piotrovsky was awarded the title of Honored Citizen of Saint Petersburg.

Department of History of the Ancient East Countries