The agreement on the creation of the ‘Russian Research Institute at Tsinghua University’ became the only agreement in the field of education signed during bilateral negotiations on 5 June.

The new centre will become an important base for comprehensive cooperation. It will conduct strategic and applied research of Russia and Russian-Chinese relations in the spheres of industrial policy and development, education, science, technology and culture. In addition, the agreement provides for strategic partnership between the parent universities, as well as the implementation of cultural and student exchange programmes.

Today St Petersburg University cooperates closely with scientific and educational organisations of the People's Republic of China. St Petersburg University has established contacts with more than 50 Chinese partners, including not only the country's leading universities but also the Ministry of Education and the People's Government of Heilongjiang Province. In addition, the University cooperates with more than 30 Chinese-owned companies.

We have implemented many joint projects in the sphere of education, science and culture. I am sure that our agreement with Tsinghua University can give a new impetus to our relations with our Chinese partners, and bring them to a new level,’ said the Rector of St Petersburg University Nikolay Kropachev.

Addressing the press after the negotiations, President Putin noted that Chairman Xi will be awarded the title of honorary doctor of St Petersburg State University during his visit to St Petersburg. 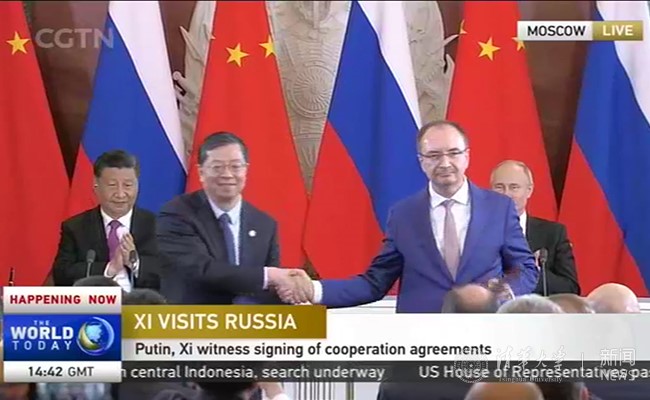